Grilling By the Numbers

Fact: Americans are in a fiery, long-term love affair with their backyard grills! 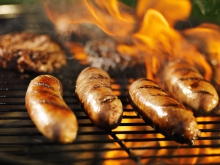 Percentage of Americans who own a grill. (Whether it is clean or not is another story)

8.3 – Percentage who grill two or three times a month.

8.1 – Average number of cookout parties held at grillers’ homes each year. We grillers like to party.

165 degrees – The safe internal temperature for grilling poultry. One of the ways to tell if the meat is done is when it reaches this temperature. Some meats benefit from resting a few minutes after you remove them from the grill. It cooks a little bit longer after that, too, so factor that in.

86 – USA! USA! Percent of grill owners who plan to grill on the Fourth of July this summer. 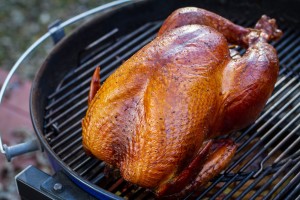 84 – Percentage of grillers who cook burgers, the most popular food on a list that also includes steak, hot dogs, and chicken not far behind.

7 out of 10 – Home grillers surveyed in 2011 who considered themselves to be “better than average” at grilling.